Seminar II: Psychological Ownership of Money: Evidence from the Lab and Field. 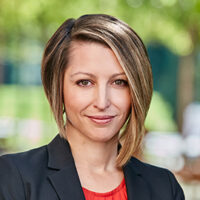 Stephanie Tully is an assistant professor of marketing at University of Southern California’s Marshall School of Business, and has recently been named a MSI Young Scholar. She studies the impact of consumers’ resources of money and time. Her research tackles questions like, how does feeling financially constrained change the way consumers make choices, why are some sources of money treated differently than others, and how to encourage consumers to use their time or money to improve their lives. Stephanie’s research has been published in top academic journals including Proceedings of the National Academy of Sciences, Journal of Consumer Research, and Journal of Marketing Research among others. Her research has won multiple awards and has been featured in popular press outlets such as Forbes and the Wall Street Journal.