Seminar V | The Riskiness of Owning vs. Renting Housing 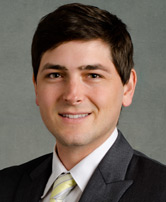 Scott Ross Baker is an Associate Professor of Finance at the Kellogg School of Management and is a Research Fellow at the National Bureau of Economic Research. His research is concentrated in empirical finance and macroeconomics. He is currently engaged in a variety of research projects regarding household financial choices and the measurement of consumption, as well as research regarding the effects of policy uncertainty on financial markets and growth.

Scott joined the Finance Department at Northwestern’s Kellogg School of Management in July 2014. He was born and raised in San Diego, California and received B.A.’s in Economics and Political Science from the University of California, Berkeley in 2007. He received a Ph.D. in Economics from Stanford University in June 2014.

Homeowners and renters have mirror-image exposures to the substantial risk in housing prices. The costs of these exposures depend crucially on their correlations with other important exposures in household portfolios. Using over 70 years of data on local markets in the U.S., we find that rents and house prices are strongly positively correlated with wages at all horizons. As a result, renting insures earnings risk, and—contrary to widely-held views—for many households owning is much riskier than renting. Combined with evidence that many households view owning as a particularly safe investment, our findings suggest that the efficiency costs of the substantial tax preferences for owner-occupied housing and related policies are greater than previously thought.

GW uses cookies and other technology on our websites to improve your website experience and to better understand how you use our websites. Visit GW’s Website Privacy Notice to learn more about how GW uses cookies and, if you should choose, how to disable them. I understand that by clicking “I consent” and continuing to use this website, I agree to GW’s use of cookies.I consent