Seminar I: Are People Aware of Their Cognitive Decline? Misperception and Financial Decision Making 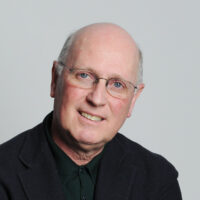 Professor of Econometrics at the University of Rome Tor Vergata

Professor of the Practice at Georgetown University

Franco Peracchi is a Professor of Econometrics at the University of Rome Tor Vergata and a Professor of the Practice at Georgetown University. He is also a Fellow of the Einaudi Institute for Economics and Finance (EIEF) in Rome, Italy. He earned an MSc in Econometrics and Mathematical Economics from the LSE, and a PhD in Economics from Princeton University. His research interests include econometric theory, labor and health economics, and the economics of social security and pensions. His currently research areas include the long-term effects of growing up in wartime, cognitive decline among the elderly, distribution regression, and approaches to model uncertainty.

We investigate whether people correctly perceive their own cognitive decline, and the potential financial consequences of misperception. First, we document that older people tend to underestimate their own cognitive decline. Then, we show that individuals who experience a severe cognitive decline, but are unaware of it, are more likely to experience wealth losses. These losses largely reflect decreases in financial wealth and are mainly experienced by wealthier individuals, unaware of their declining memory, who were previously active on the stock market. Our findings support the view that financial losses among unaware respondents reflect bad financial decisions, not rational disinvestment strategies.


Join Our Mailing List
GW uses cookies and other technology on our websites to improve your website experience and to better understand how you use our websites. Visit GW’s Website Privacy Notice to learn more about how GW uses cookies and, if you should choose, how to disable them. I understand that by clicking “I consent” and continuing to use this website, I agree to GW’s use of cookies.I consent