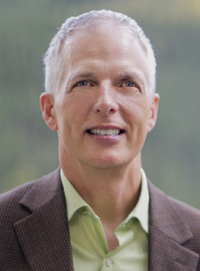 Brad Barber is the Gallagher Professor of Finance at the Graduate School of Management, UC Davis.

Professor Barber has been recognized as one of the fifty most-cited financial economists in the world (ranking 38th in one citation survey). See Professor Barber’s Google Scholar page for links to his research. Professor Barber is the President of the Financial Management Association. He was Principal Investigator for the CalPERS Sustainable Research Initiative (SIRI), founder of the annual Napa Conference on Financial Markets Research, and the finance department editor for Management Science from 2009-2012.

We show parental careers differentially affect the future career choices of girls and boys using survey data from CFA Institute members. Among CFA Institute members, women are more likely to have a STEM parent (particularly a STEM mother) than men. Relative to the base rates at which girls and boys become CFA Institute members, STEM mothers increase the girls’ rate by 48% more than the boys’ rate; STEM fathers increase the girls’ rate 29% more than the boys’ rate. Our findings are consistent with the hypothesis that early role models, particularly female role models, influence women’s choice of finance careers.


GW uses cookies and other technology on our websites to improve your website experience and to better understand how you use our websites. Visit GW’s Website Privacy Notice to learn more about how GW uses cookies and, if you should choose, how to disable them. I understand that by clicking “I consent” and continuing to use this website, I agree to GW’s use of cookies.I consent